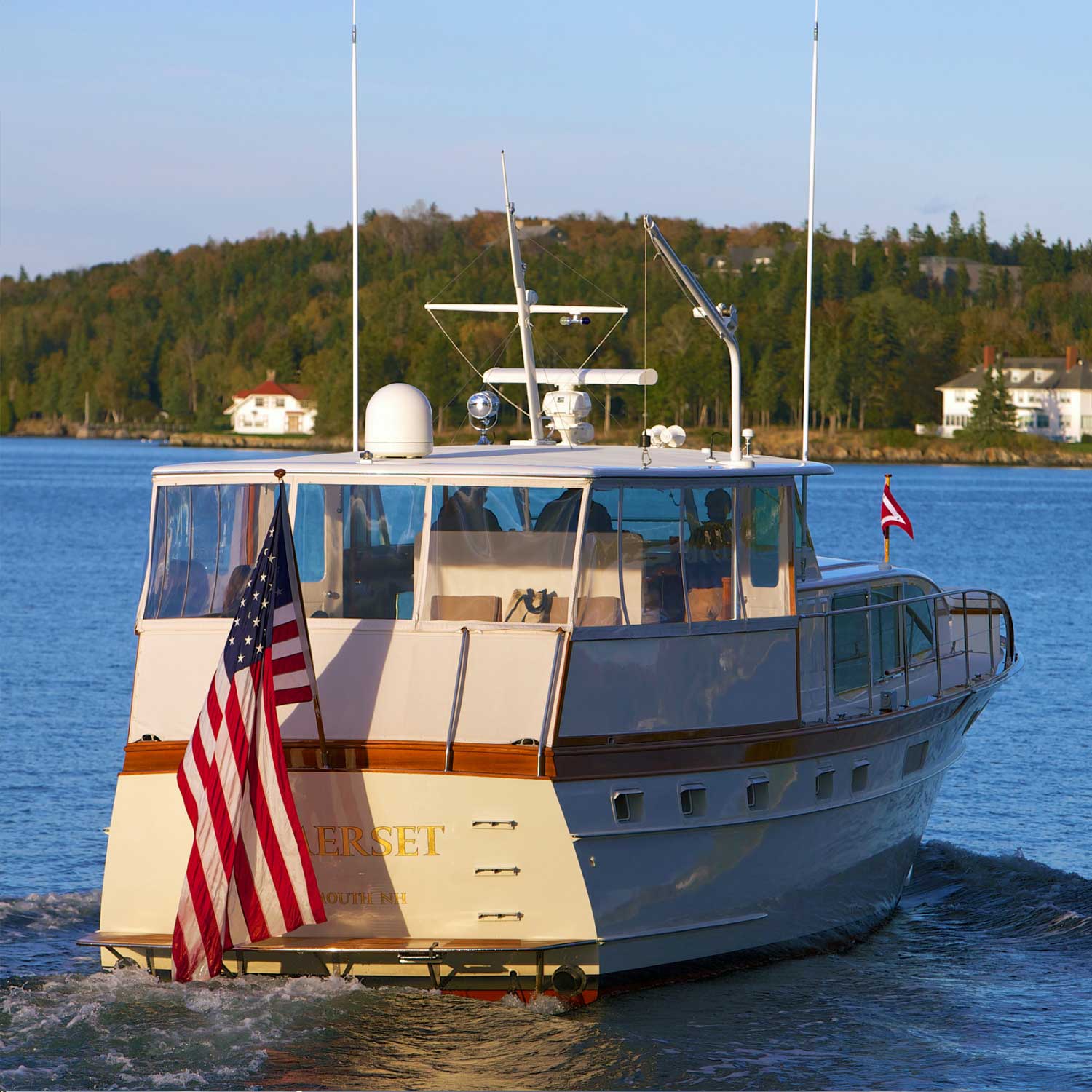 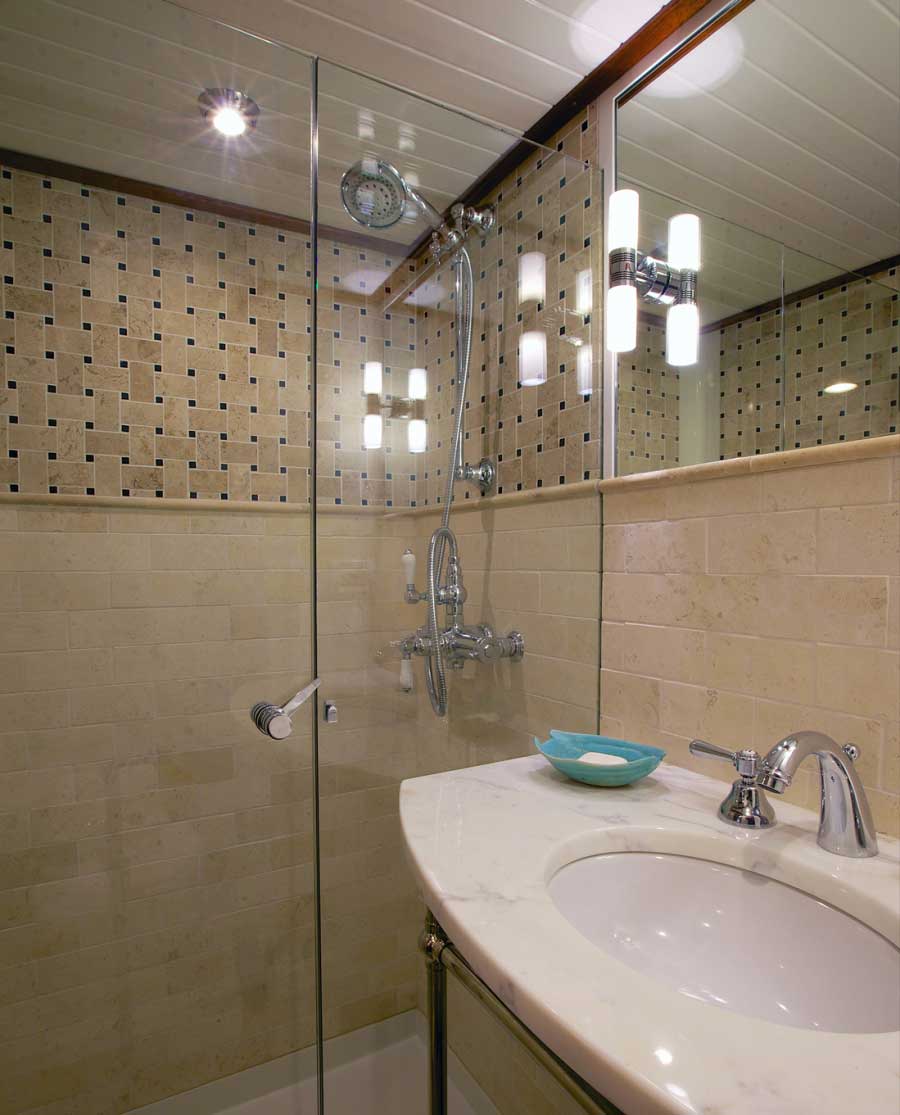 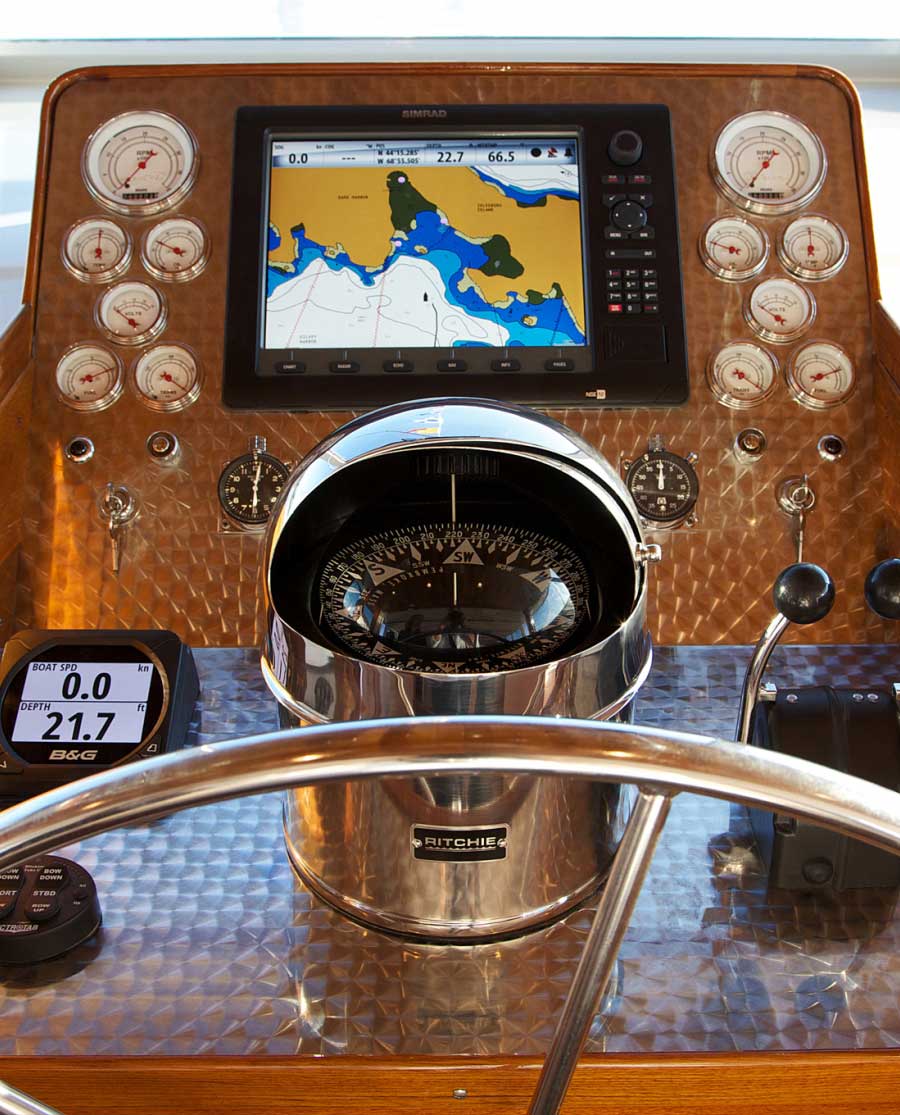 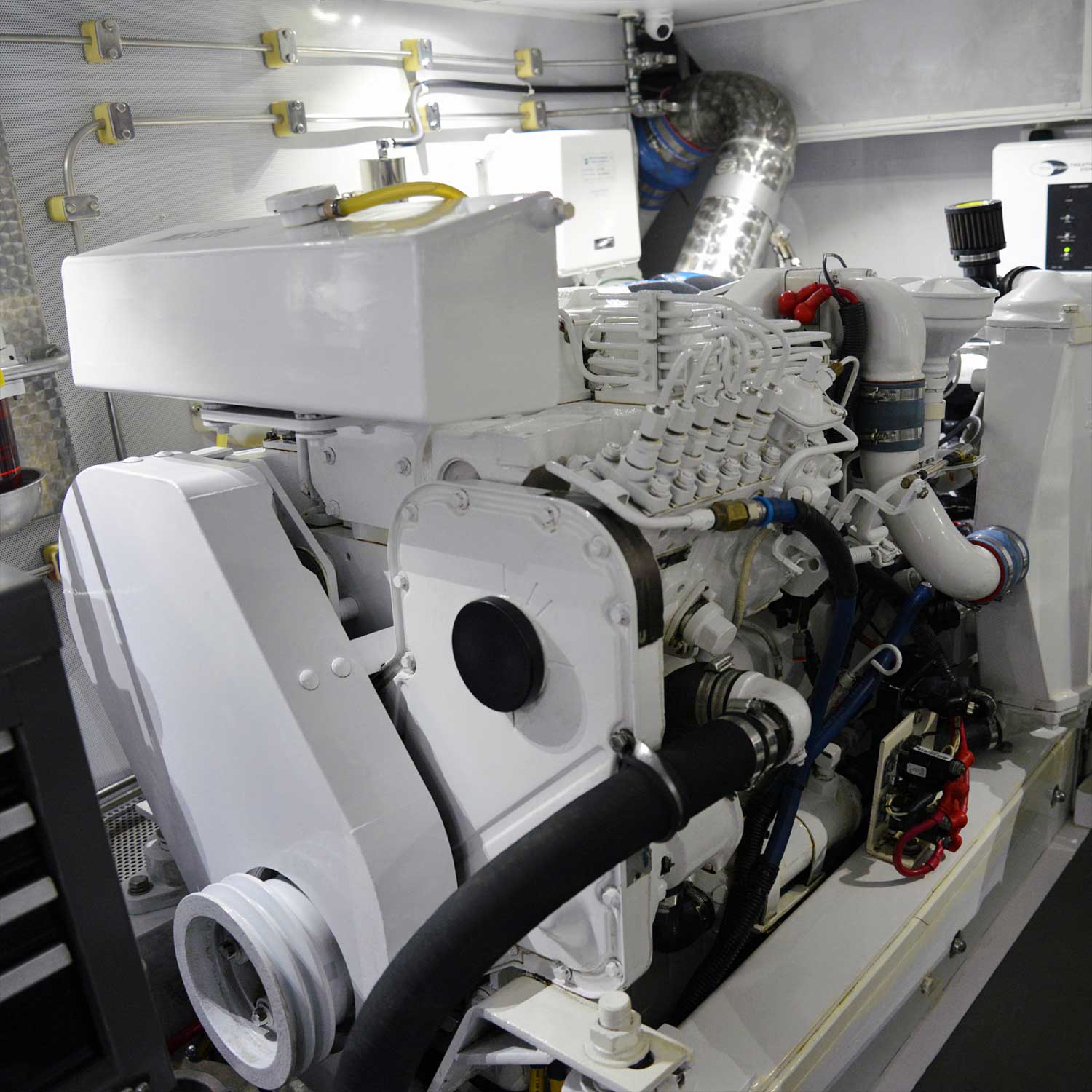 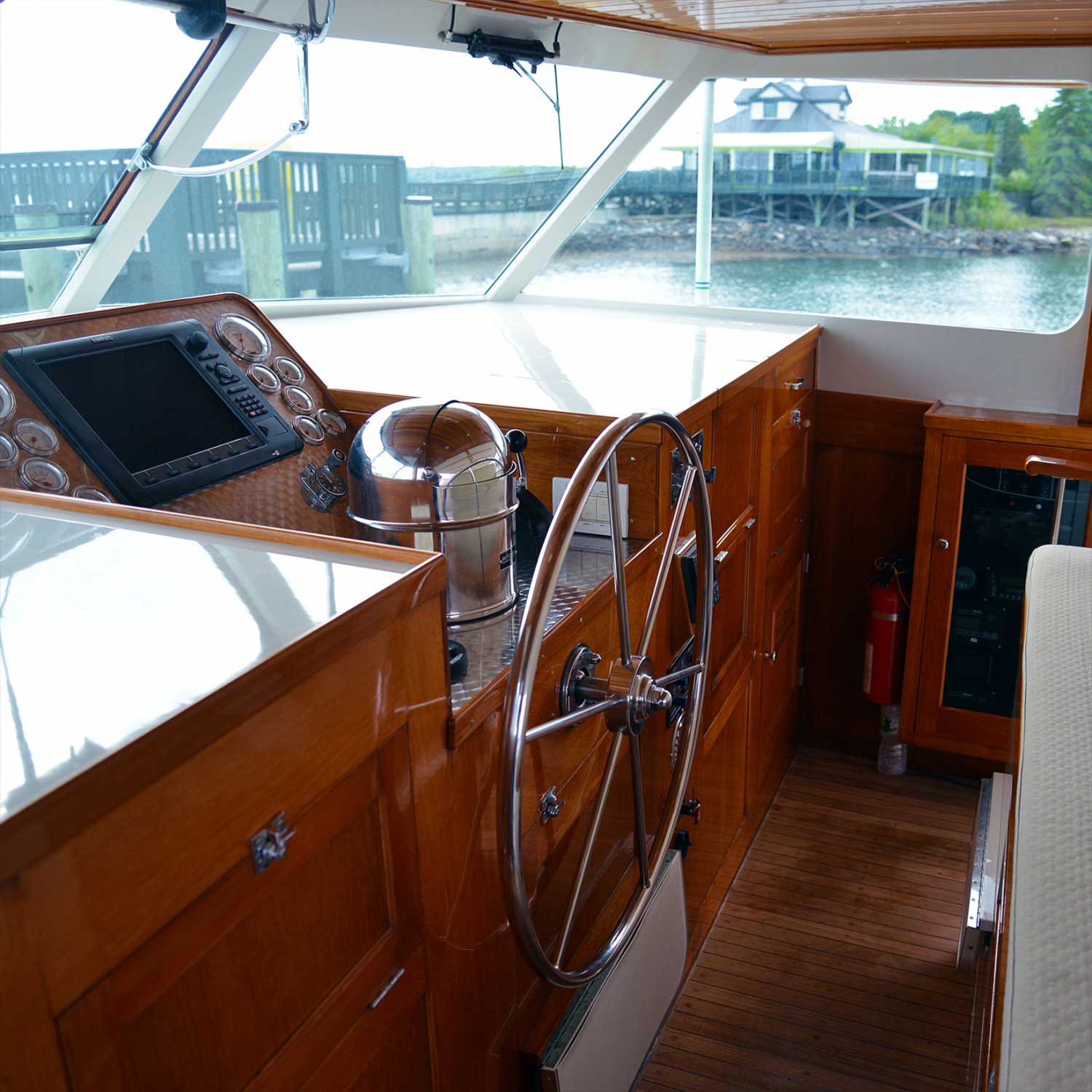 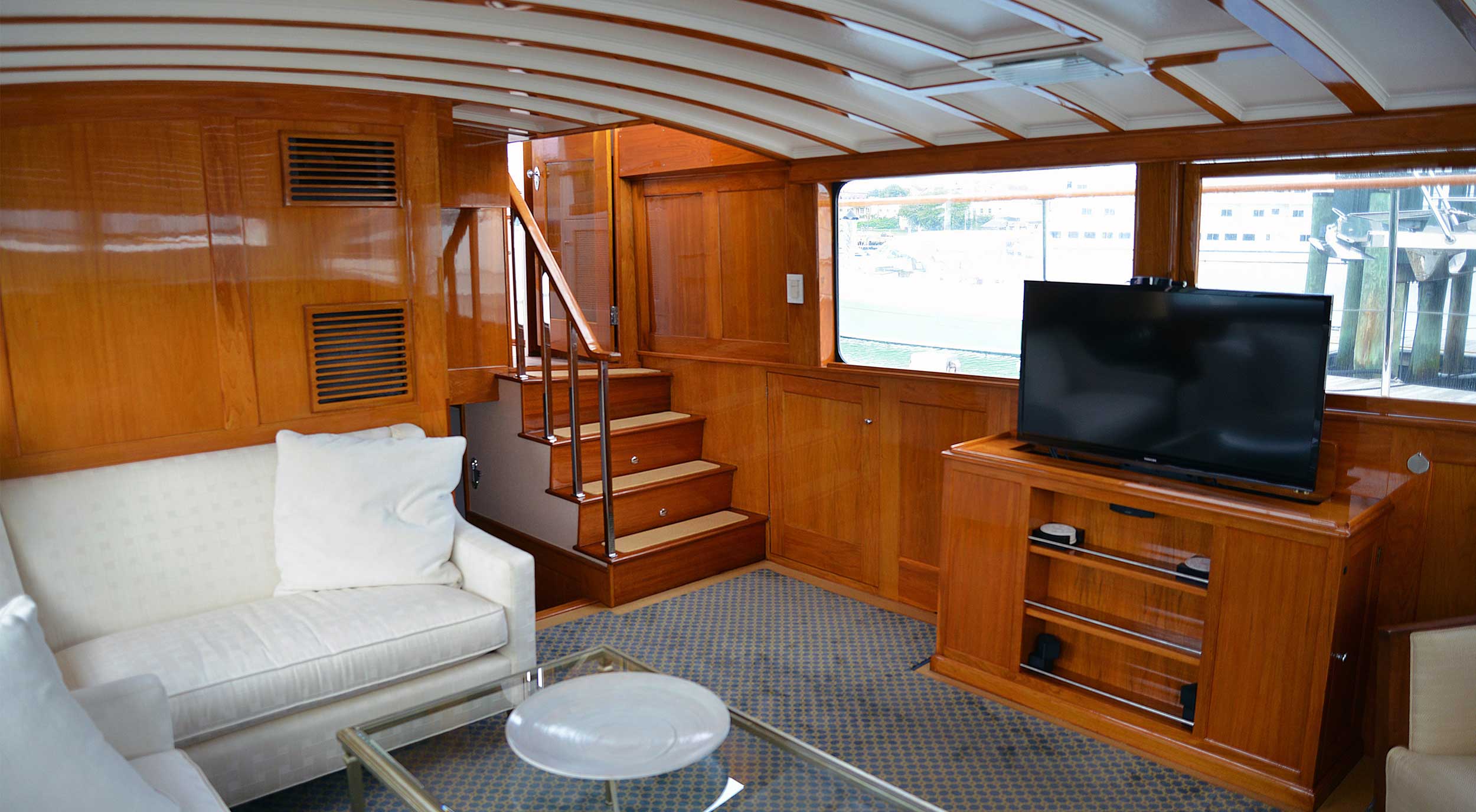 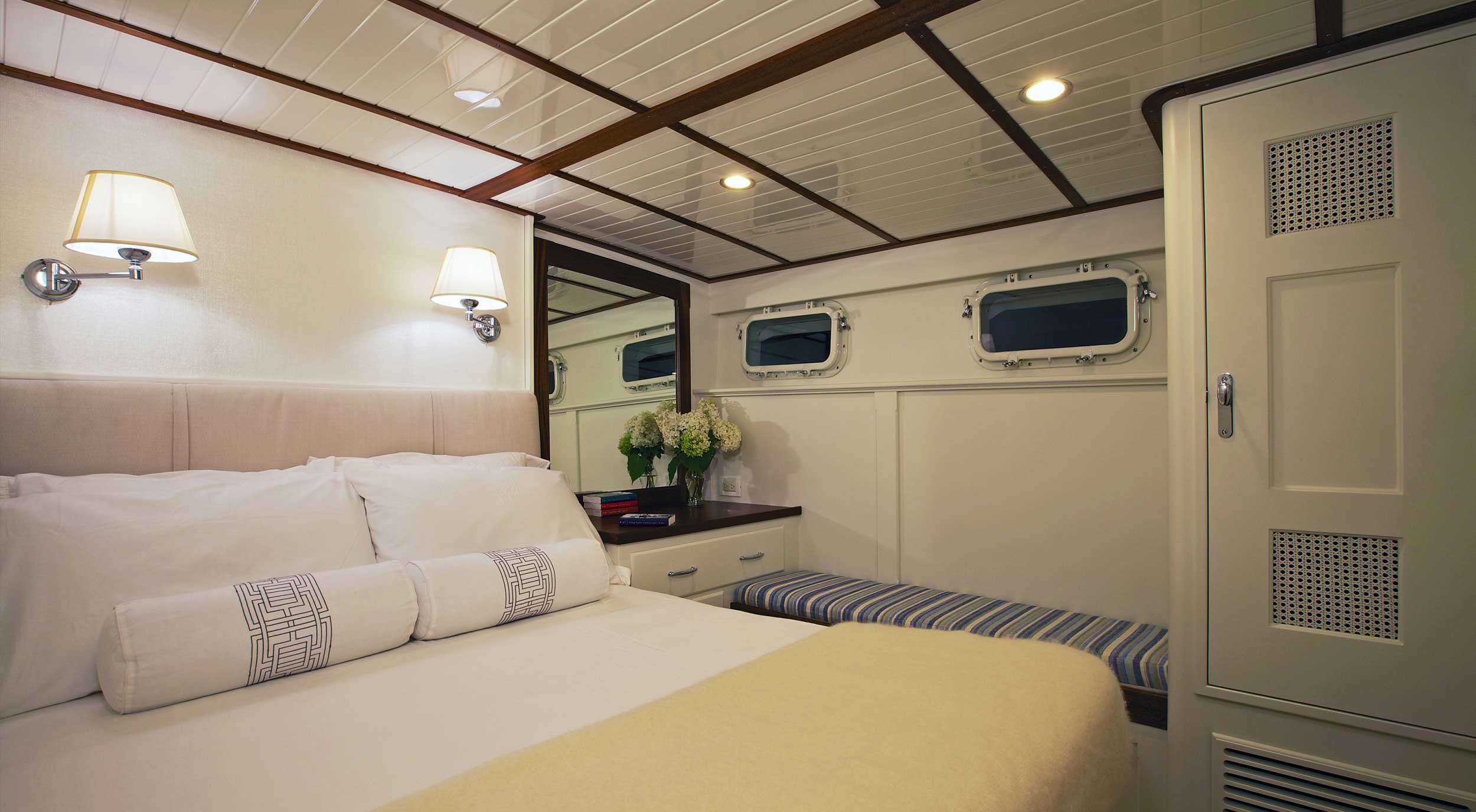 Bill Morong, a graduate of Maine Maritime Academy, spent 12 years in the private yacht sector as a captain before his entrepreneurial spirit and longing for home took him back to Maine. In the 10 years since, his business, Yachting Solutions, has focused on refit and restoration. ‘There are still many wooden and even fibreglass boats that, once restored and modernised, are like new,’ he says. ‘Plus, you have something unique and individualised. In Southern locations “restomod” is still a hard sell, but here in the North East it’s wooden boat land. People revere their wooden boats.’

‘LOOK AT THE MILLIONS SPENT ON MODERN YACHTS THAT DON’T TURN YOUR HEAD A BIT... THEN WE HAVE BOATS LIKE SOMERSET THAT ARE SO SPECIAL THEY STOP YOU IN YOUR TRACKS’

– BILL MORONG
Though some might question spending a rumoured $2.5 million on the refit of a 17.6-metre cruiser, a classic Trumpy named Somerset turned heads when she paraded amid all the white superyachts at the 2013 Newport Charter Boat Show. The facelift had restored her youthful beauty.

Previously called Spindle, the yacht was built by John Trumpy in Annapolis as contract No 442 in 1971 for Gerrish H Milliken Jr, and had remained in his family. In 2009, the family donated her to Maine Marine Academy and the academy in turn contacted alumni Morong for his advice and expertise on her restoration. At first, his intention was just to replace the bottom thus stabilising the project, and find a much-needed benefactor for the yacht.

‘Unfortunately, as with most large Trumpys and many old wooden boats, the hull was bonded,' says Morong.‘ The metal in the hull was tied together in one circuit to reduce electrolytic corrosion. But in wooden boats there is always current running through that circuit. The metal bonding strap on top of the keel just shot the entire bottom. The deck structure was in very good shape. There was some rot around the windows but the rest was very solid.’ Nevertheless, the boat was dated.

Enter Sam Rowse. No stranger to restoration, he guided the layout and installation of new systems. At the completion of the two-year project – a refit, not a restoration – Somerset belongs to the 21st century. Common among boats donated to non-profits, Rowse had arranged a lease purchase agreement with Maine Marine Academy and took ownership. ‘I don’t mind saying how much I spent on the refit,’ he says, ‘because I feel if you start a project and don’t do it right, no one will be happy, least of all me.’

When work started, Rowse had just purchased Corisande, a 1954 Huckins Corinthian 45, so he had no need for another project. However, he could see that the Trumpy was ‘going to go begging, down for the count. So I picked it up, expecting maybe I would do some basics, maybe charter it a bit. But as usually happens with these projects, you start to think, “She really needs this; wouldn’t it be great if we had that?” and pretty soon you are doing a full refit.’ The boat had not had any major work done, aside from replacing the engines, since she was built.

Morong adds: ‘I would say about 99 per cent of the bottom is new – entirely new keel, horn timber, horn timber frames, floors, planking, double plank sipo on steam-bent white oak frames and bronze fastenings, but we kept all of the top side planking and deck and superstructure.’ In the interior, the wheelhouse and aft deck configuration remained the same, but everything aft of the saloon was gutted.

Climb aboard and the bright, cheerful interior decorated with custom furnishings encourages further exploration. The butternut panelling has been retained in the main saloon, with teak in the wheelhouse, aft deck and galley. Morong highlights some of the new interior’s details and a feature that has a striking effect, especially in the galley: ‘We took a page out of more modern boats and dropped in big glass panels in the cabinet forward of the saloon, bringing light into the galley. All of the overheads are custom-built edge and centre bead panels. They’re fibreglass. We created a mould and made the panels.’

Changing the original configuration of the aft master cabin with two twin berths outboard and cabinetry on the centreline required a new support structure in the overhead. ‘We came up with a large queen centreline arrangement that is almost canopy-like with aluminium behind all the wooden trim supporting the entire aft deck structure.’ The guest cabin also offers a full queen-sized bed, while the forward crew quarters sleep two in over-under bunks.

The two aft heads in the new configuration are tiled and spacious, and the guest head has a washer/dryer. A Headhunter disposal unit, usually found only on larger vessels, was specially designed for the yacht. Somerset cruises at 16 knots. A remark attributed to John Trumpy – ‘Gentlemen do not go to sea’ – reinforces the belief that these boats were meant to be coastal cruisers. Their narrow beam makes them quick for their size but they have a tendency to roll. To counter that, Somerset is fitted with Wesmar RS-400 anti-roll fin stabilisers.

In 2013, the yacht won the John Trumpy Award during Vintage Weekend at Ocean Reef Club on Key Largo. Interestingly, Yachting Solutions was also involved when Rowse bought Corisande , renamed her Northern Spy and hired Morong for that restoration. Northern Spy went on to win Best in Show at Ocean Reef.

Somerset was a hit at Vintage Weekend. ‘I had the guys put a Plexiglas panel in the door to the engine room’, says Rowse.‘ We had the lights on and, of course, the whole engine room is spotless, all white and stainless steel plumbing – it was like a surgical suite. Yachting Solutions is first class.’

Likewise, Morong admires Rowse’s commitment to restoring these beauties: ‘There are many people who can afford to restore classics but not many who can see the benefit in doing so. Look at the number of new boats built, millions spent, yet they don’t turn your head a bit. Then you have boats like Somerset, so special they stop you in your tracks.’